The project is located in at Hao Hung Port, Binh Son district, Quang Ngai province, Vietnam. The contract period is 10 months. The project design is mainly based on non-standard equipment and steel structure with the contract items from cement storage and conveying to cement packaging and forwarding. The project was put into production one month in advance on May 16, 2019, and obtained the PAC certificate on May 21, 2019.

As the project is close to the sea, the construction environment is harsh, which is affected by the daily windy and sandy, high corrosive sea water, typhoon weather and other factors. Through careful organization and scientific management, the project department unites and leads all the employees to overcome difficulties in a joint effort, and fulfills the project as scheduled, which has been awarded by the owner. 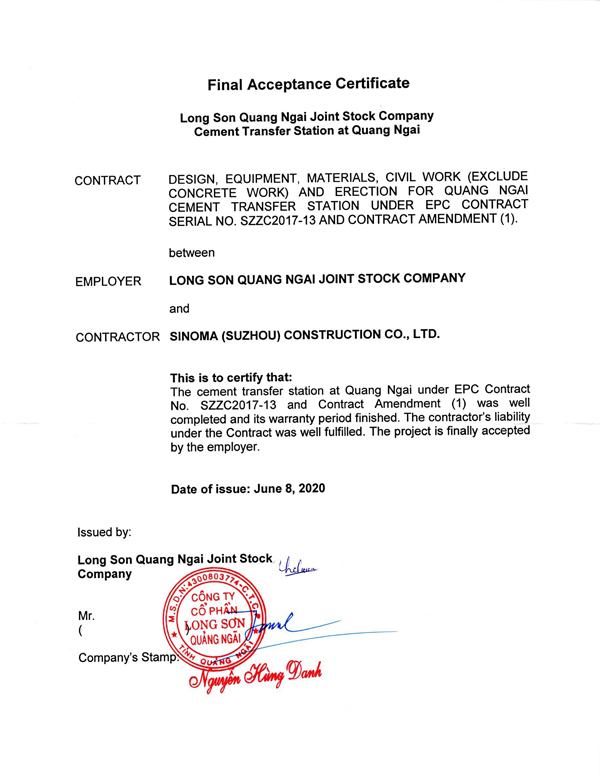